Eight of the ten largest California wildfires have occurred during the past five years, according to Cal Fire. These include the 2017 Thomas Fire and the 2021 Dixie Fire, which were both sparked by utility equipment. Since 2015, power lines have caused six of the state’s 20 most destructive wildfires. These statistics — combined with the fact that wildfire season in the Western U.S. is becoming increasingly warmer, drier, and longer — are some of the main reasons why both the government and the public are urging utility companies to better manage their wildfire risk.

One common way utilities are attempting to mitigate their wildfire risk is by ‘hardening’ their power lines, which includes moving lines underground to prevent potential ignition. However, this process has proven to be both costly and time intensive, as utilities such as San Diego Gas & Electric (SDG&E) and Pacific Gas & Electric (PG&E) estimate undergrounding costs at approximately $2.6 million and $3 million per mile, respectively.

On-site solar, battery, and backup generator systems, or Remote Grid Standalone Power Systems (RGSPS), can offer resilient and safe utility power as a low-cost alternative to traditional line hardening in rural areas. In high fire-threat districts with a low density of customers, decentralization of the grid by decommissioning risky power lines all together makes financial sense for utilities. At the same time,  delivering electricity with state-of-the-art solar and battery systems  is cleaner and more reliable than the customer’s previous grid-connected service.

So far, California utilities have been leading the charge on Remote Grids. In 2020, Liberty Utilities contracted BoxPower and installed the first utility-owned Remote Grid in the U.S. at Sagehen Creek Field Station in Tahoe National Forest, allowing the utility to de-energize four miles of power lines during the wildfire season. Then in 2021, in collaboration with BoxPower, PG&E piloted their first Remote Grid in the community of Briceburg, California after surrounding power lines were badly damaged in a wildfire.

Learn more about the BoxPower and PG&E Remote Grid

It is encouraging to see utility companies beginning to implement Remote Grids as a clean, reliable, and cost-effective alternative to traditional wildfire mitigation solutions. However, as the threat of wildfires continues to grow every year, utilities and service providers like BoxPower must work together in order to carve a faster and more scalable path forward. The conventional path to contract can be lengthy and slow, delaying potential project development by up to a year.

In effort to address these issues, BoxPower has been piloting an accelerated service model with California utilities. Through this, the utility can contract BoxPower to perform “feasibility and design studies” to analyze potential Remote Grid sites. These studies, previously performed by the utility themselves before releasing an RFP, are streamlined thanks to BoxPower’s microgrid design software and dedicated team of microgrid experts. 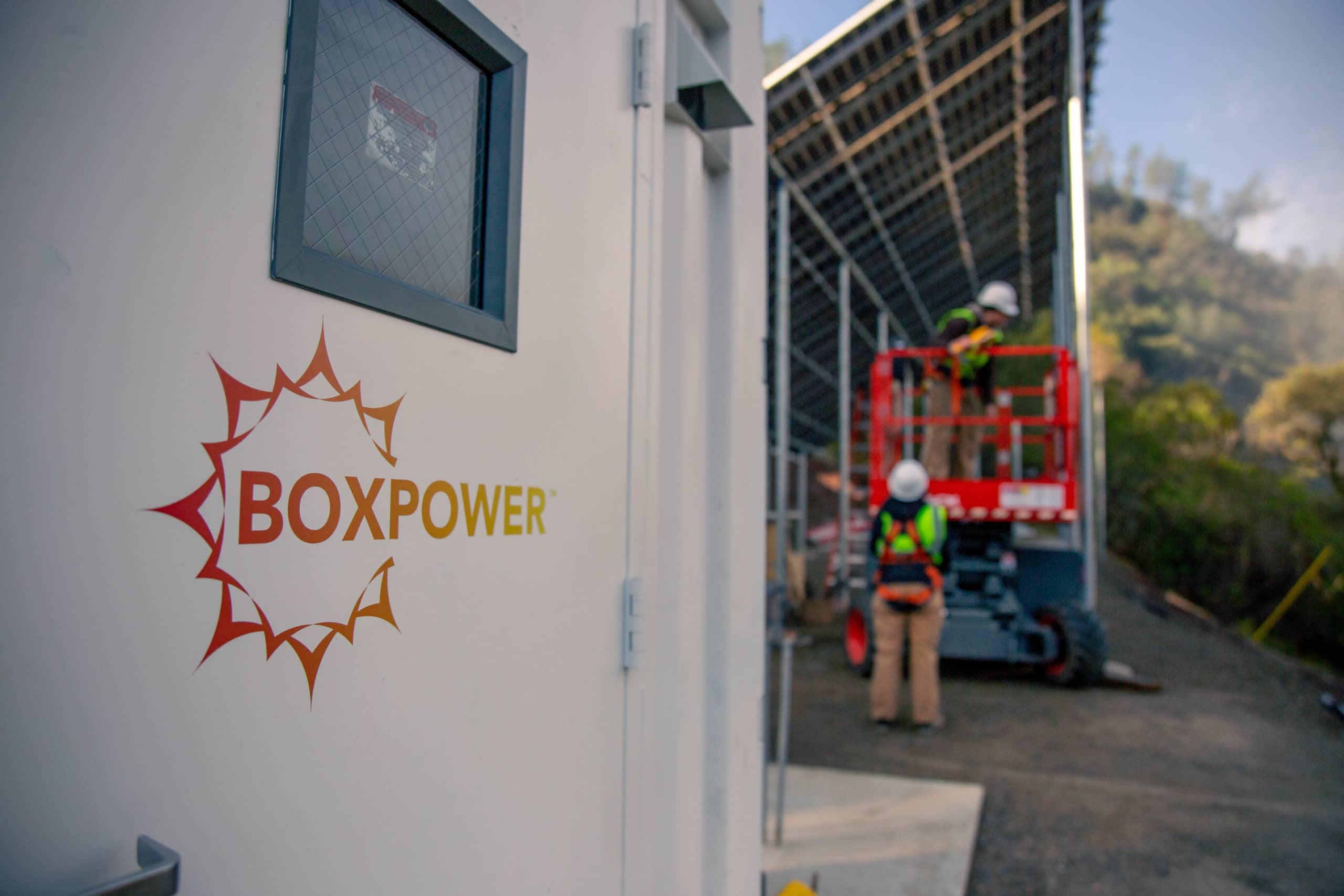 At the culmination of the design studies, BoxPower presents the utility with an initial Remote Grid system design, site layout, and contract-ready turnkey price. At this point, the utility has all the information needed to decide whether or not to move forward with the Remote Grid project. These design studies have proven to be an efficient, cost-effective method for the utility to determine project feasibility from both a financial and technical standpoint.

BoxPower has the tools for deep partnerships that can shrink the timelines and costs associated with Remote Grid project development. As California utilities are graduating past the pilot project phase, they can now leverage service provider expertise by contracting out feasibility study work and quickly scaling through BoxPower’s software-optimized design process. Furthermore, Remote Grid programs are likely to expand outside of California due to increasing wildfire risk and electric reliability concerns across the West. It is imperative that utilities learn from California’s pioneering ways in order to quickly reduce the risk of utility-caused wildfires.

Talk with an expert about BoxPower microgrid solutions for utilities

What the IRA Means for Tribal Communities

What the IRA Means for Utility Remote Grid Projects