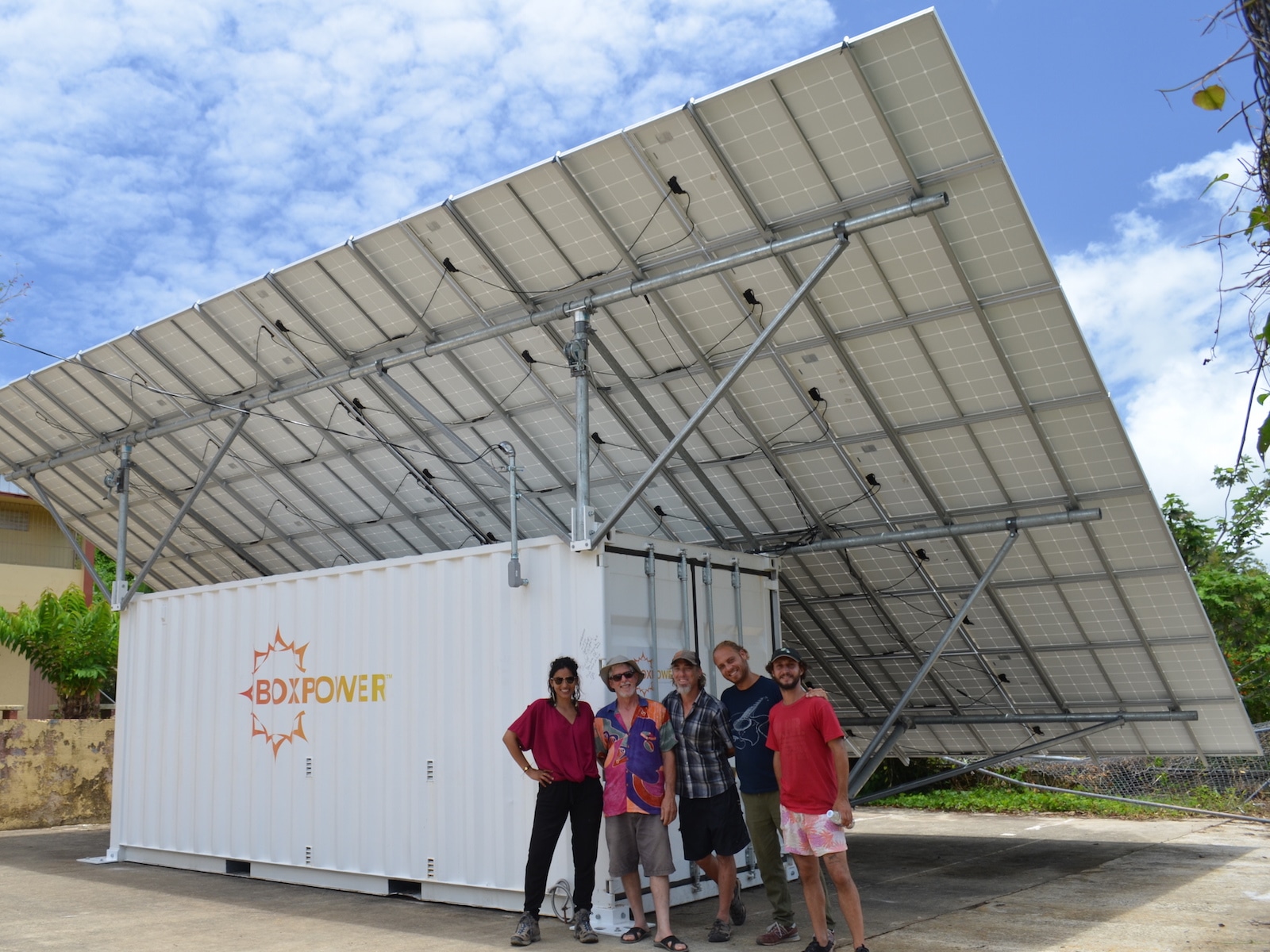 After two days of hard labor, the BoxPower team and our stalwart volunteers from the community of Mariana enjoyed some well-earned rest under the shade of our newly installed solar microgrid container. 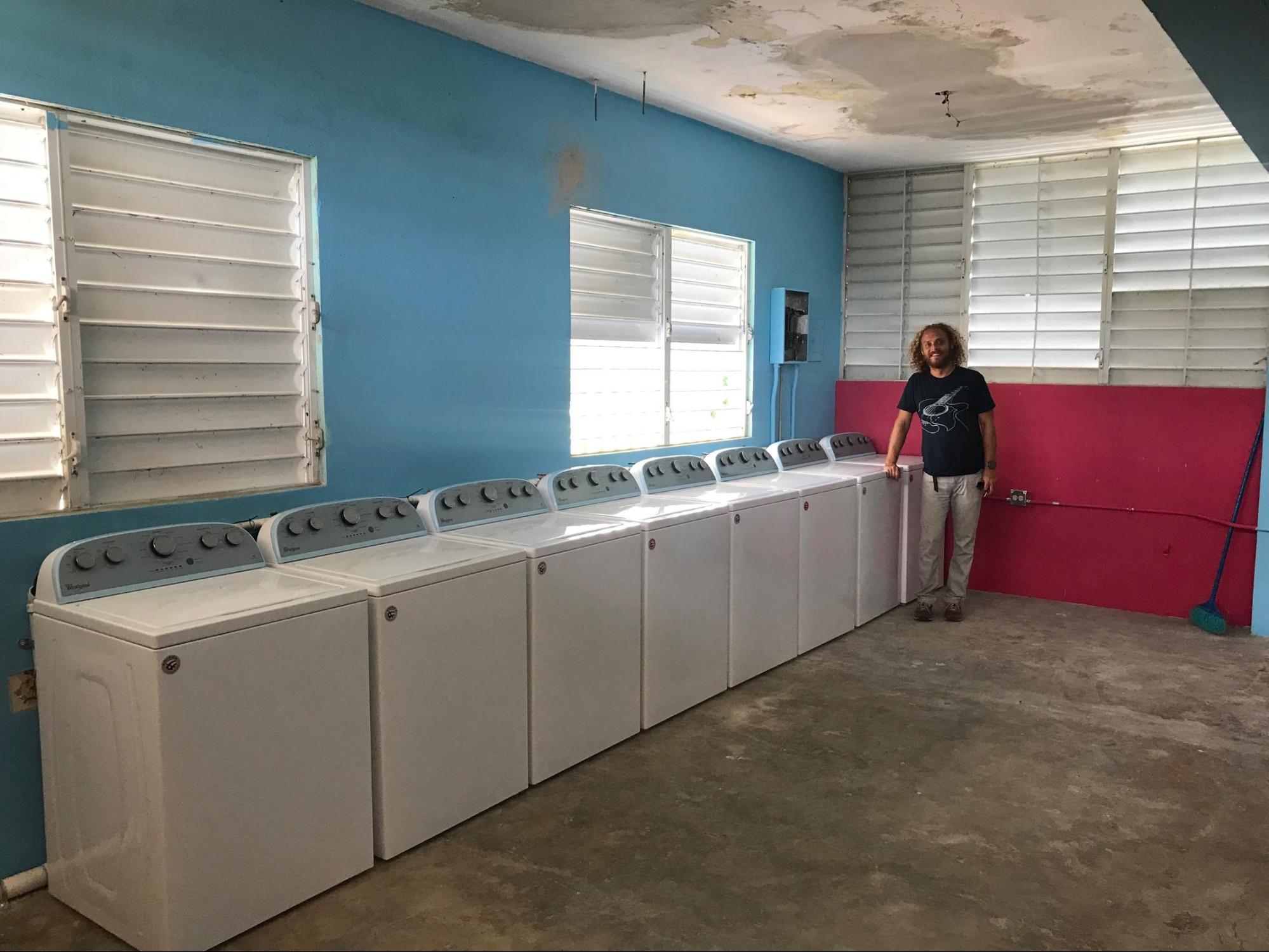 Our first order of business after completing the installation was to wash our filthy work clothes in the newly operational solar-powered-laundromat at the Centro de Imaginacion in Mariana, where residents have been without power for more than 8 months since the hurricane. According to Christine, the executive director of Proyecto de Apoyo Mutuo (PAM) Mariana and the driving force between the Centro de Imaginacion, electric laundry machines are one of the most commonly missed aspects of life prior to the hurricane, as residents have been forced to wash their clothes by hand in buckets due to the lack of electricity. Thanks to our solar microgrid container, these washers are now operational! 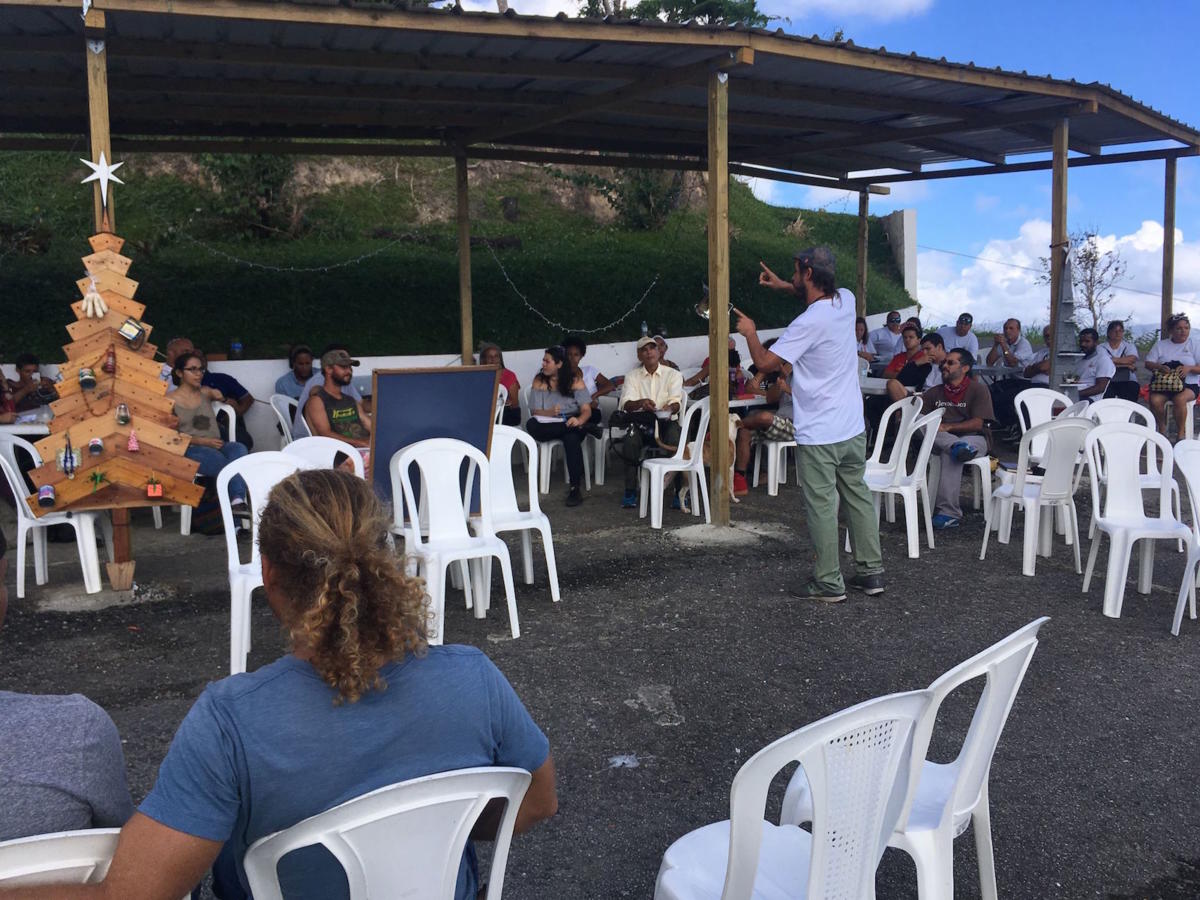 Proyecto de Apoyo Mutuo was formed by Luis Ridriguez and Christine Nieves in the wake of Hurricane Mariana, as a necessary response to the life-or-death situation that developed in the weeks following the storm. In hushed tones, Luis described how it took more than three weeks for the first FEMA truck to arrive, which handed out nothing more than a few nutri-grain bars and bottles of water. Meanwhile, elderly residents of Mariana had run out of food, drinking water, and hope. 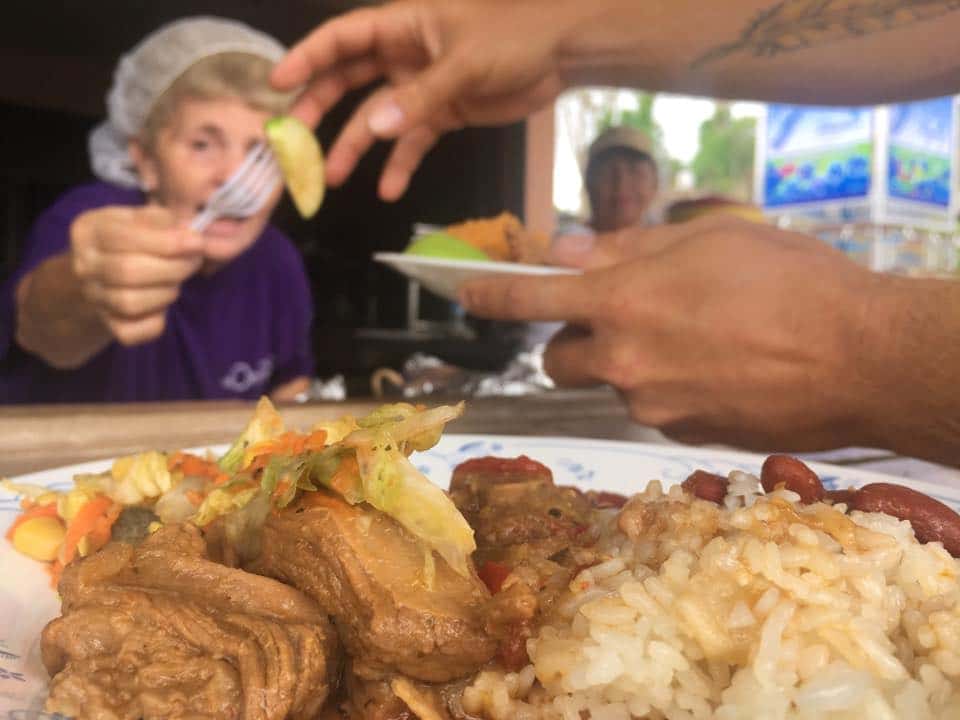 The first action of PAM Mariana was to establish a community kitchen, where anyone could come to eat free of charge. In the months following the hurricane, Christine and Luis were often feeding upwards of 300 meals per day. They envisioned a sustainable and resilient community center where the residents of Mariana could congregate to build a more resilient and connected community the face of increasingly frequent climate disasters — and immediately got to work materializing it; planting crops to harvest locally and organizing emergency brigades to clear the roads of downed power lines and debris. Now, 8 months after the hurricane, Mariana is still without power, the lack of which has only solidified the critical role of PAM Mariana as a beacon of resiliency, independence, and sustainability. It is no longer just about recovering from the hurricane, it is about creating a future in which a tragedy of this magnitude can never happen again. 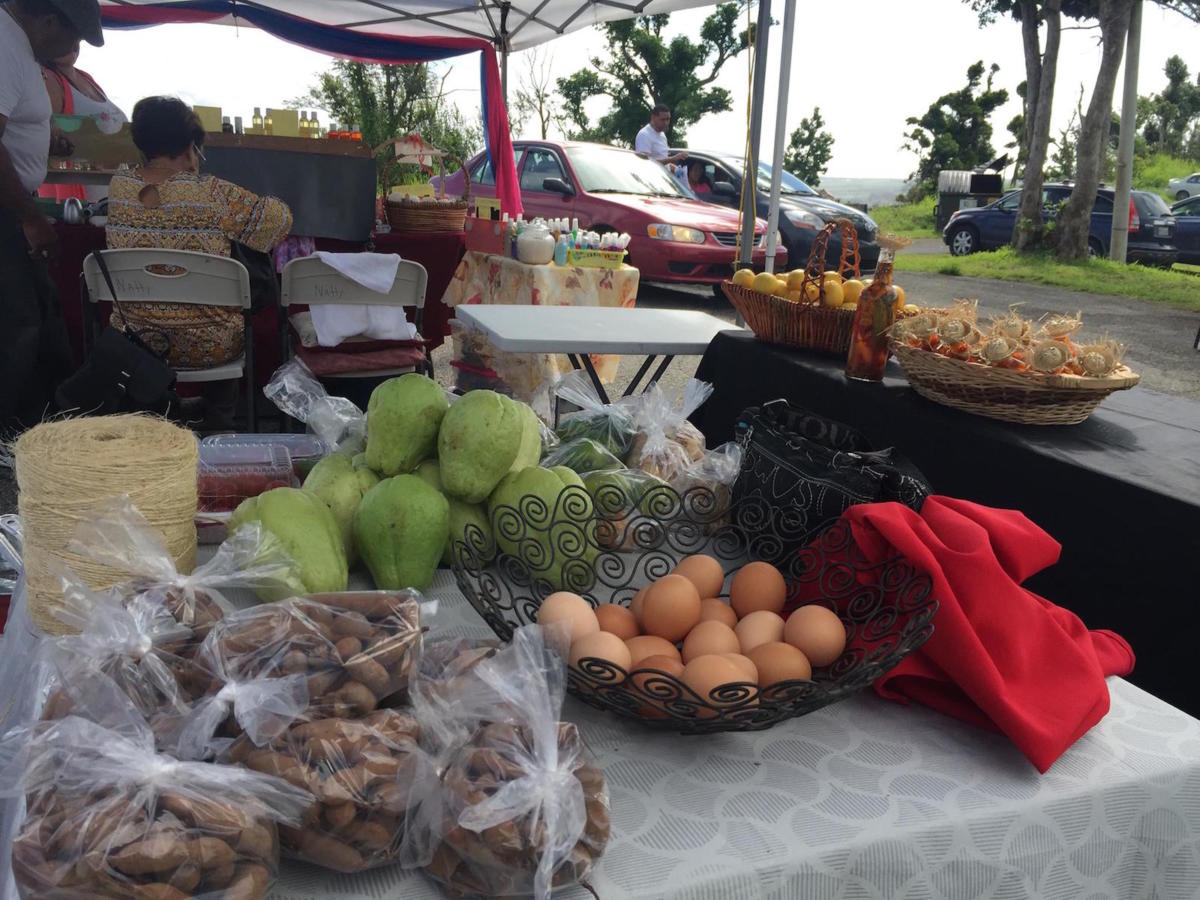 Thats where we came in. 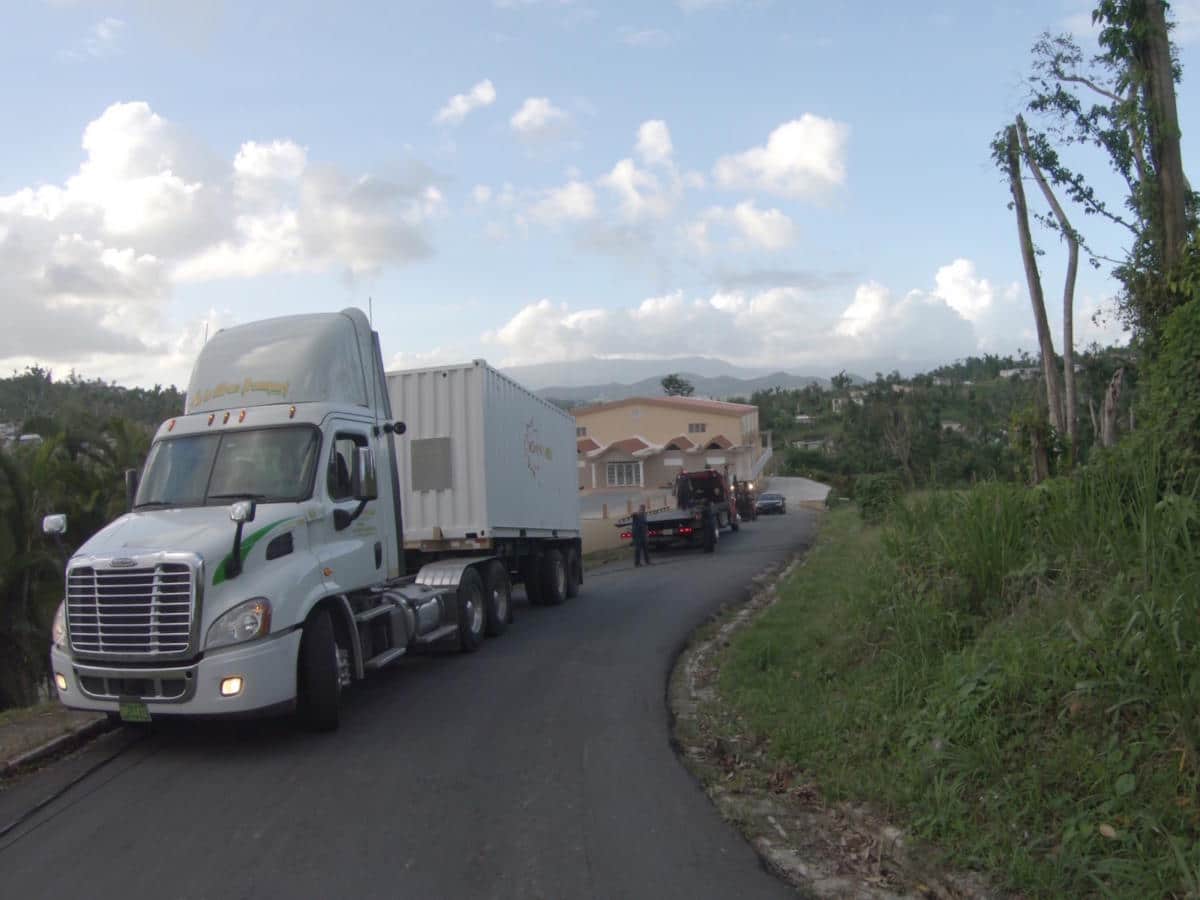 Our first BoxPower system arrived in Mariana late tuesday afternoon, May 22nd, riding atop a commercial freight truck, the likes of which the small windy mountain roads of Mariana had likely never seen before. Despite clearing Hacienda (port customs) in record time, our deployment plan encountered a major set back when the organization that had pledged to provide a tractor and crane to facilitate the final placement of the box, backed out with less than 12 hours notice leaving us high and dry. It was at this moment that I witnessed for the first time (but certainly not the last), the magical power of Proyecto de Apoyo Mutuo and their dedicated community support network. All of my commercial and non-profit contacts were not able to step in and provide the necessary equipment on such short notice, but somehow Christine and Luis were able to find volunteers with the necessary equipment in a matter of hours. 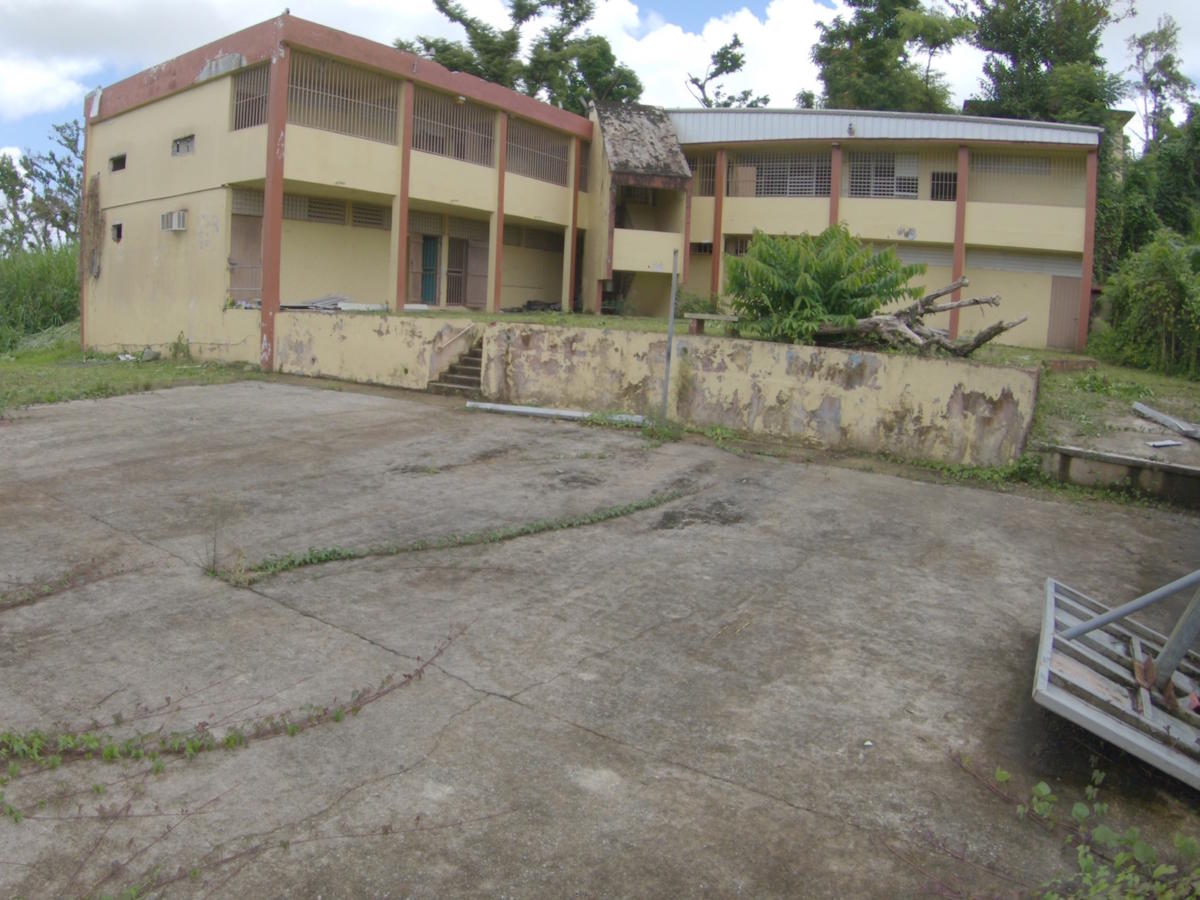 From Abandoned School to Community Center

The allocated space for the installation of BoxPower in the community of Mariana. This abandoned school has been transformed into a community center by the team at Proyecto de Apoyo Mutuo. The building, in conjunction with BoxPower, will provide a place for community members to do laundry, rooms for community meetings or workshops, offices for student workers, a library, a tool library, and living quarters for volunteers. Plans for the building include the development of a hostel and small business incubation, such as a community run coffee shop. 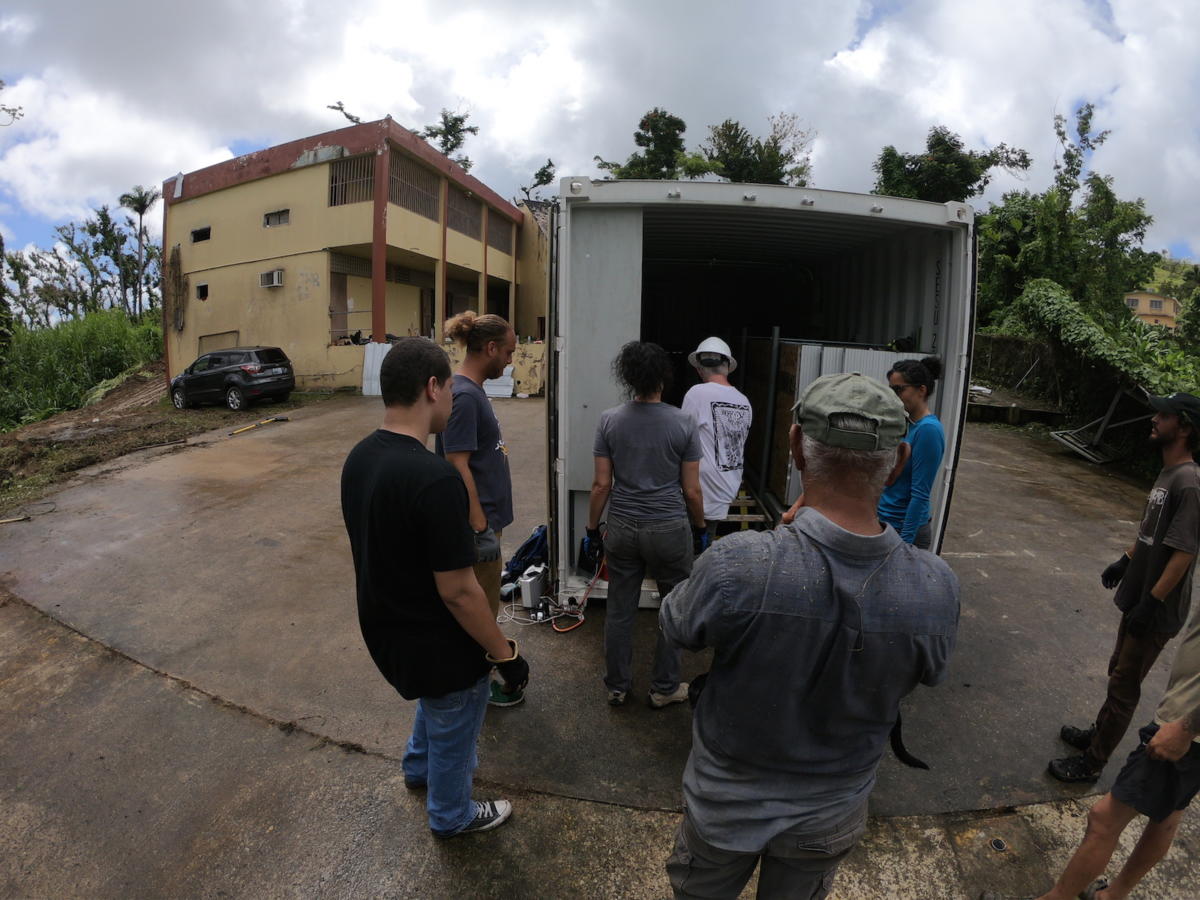 It is becoming more and more evident that grid tied energy is extremely vulnerable: one snapped power line can imply days without power. During a storm, natural gas lines can break, diesel generators can run out of fuel, and localized outages can extend for miles. After Hurricane Maria, doctors were performing surgeries in hospitals by headlight and countless medications went to waste due to a lack of refrigeration. Life support became even more difficult to administer with expensive electric bills from often unreliable or spotty generator power. The official death toll of Hurricane Maria is suggested to be approximately 4,600, given the indirect repercussion from long-term periods of power loss. With these thoughts in mind, our team of empowered workers set out to set up the solar array. 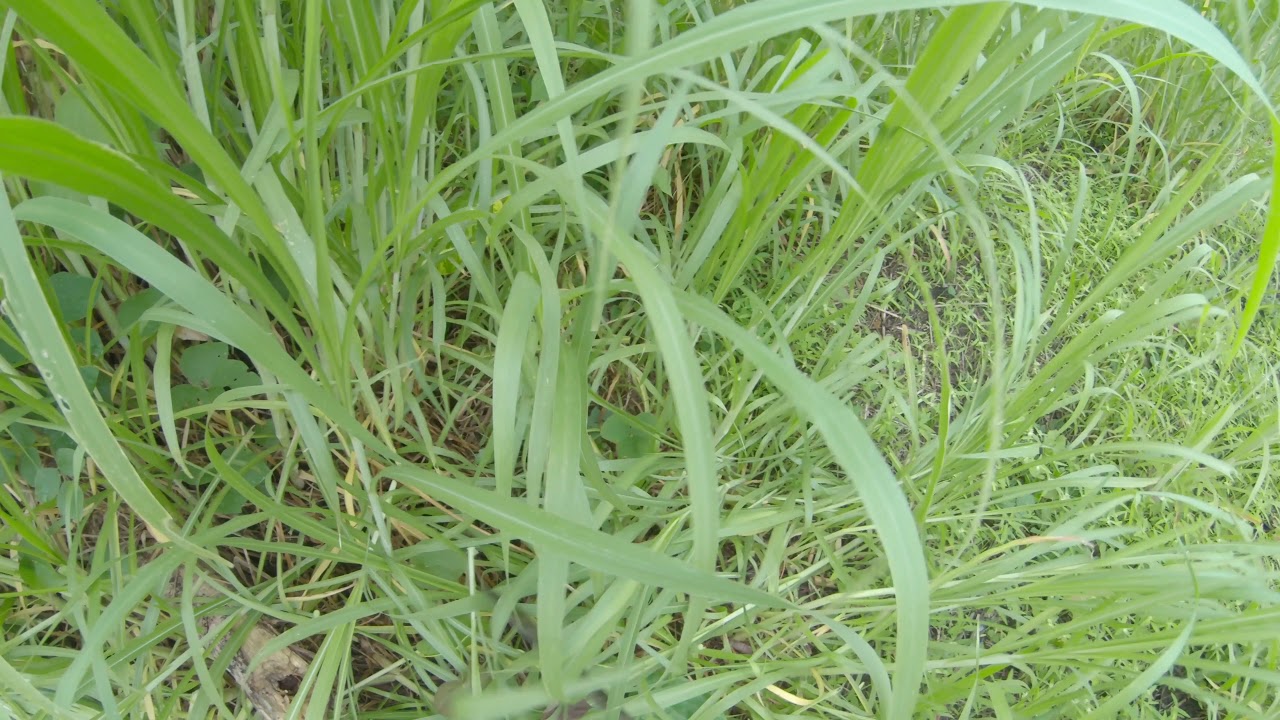 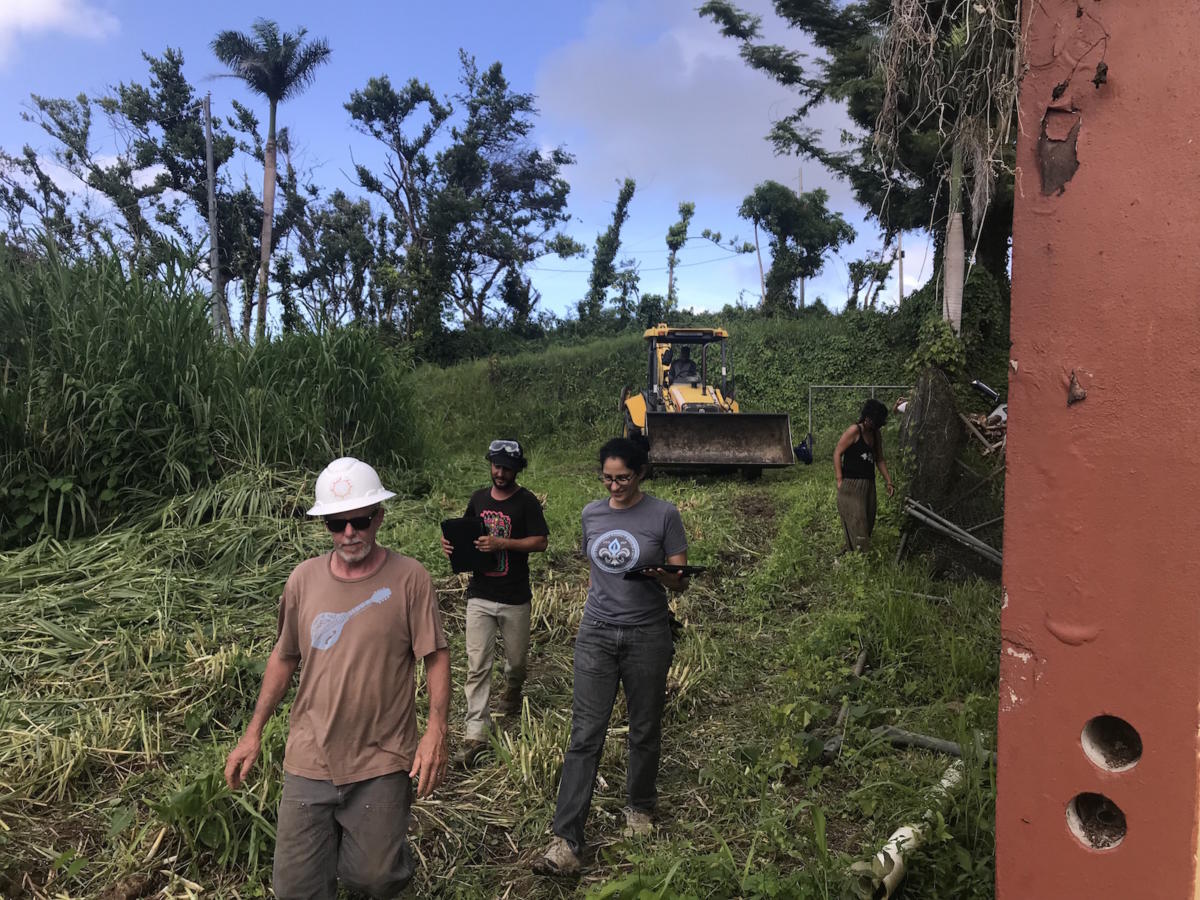 Step #2: Flag Down a Tractor Driver

Step 2: Flag down a passing tractor driver on the road, and convince him to build us a new road. 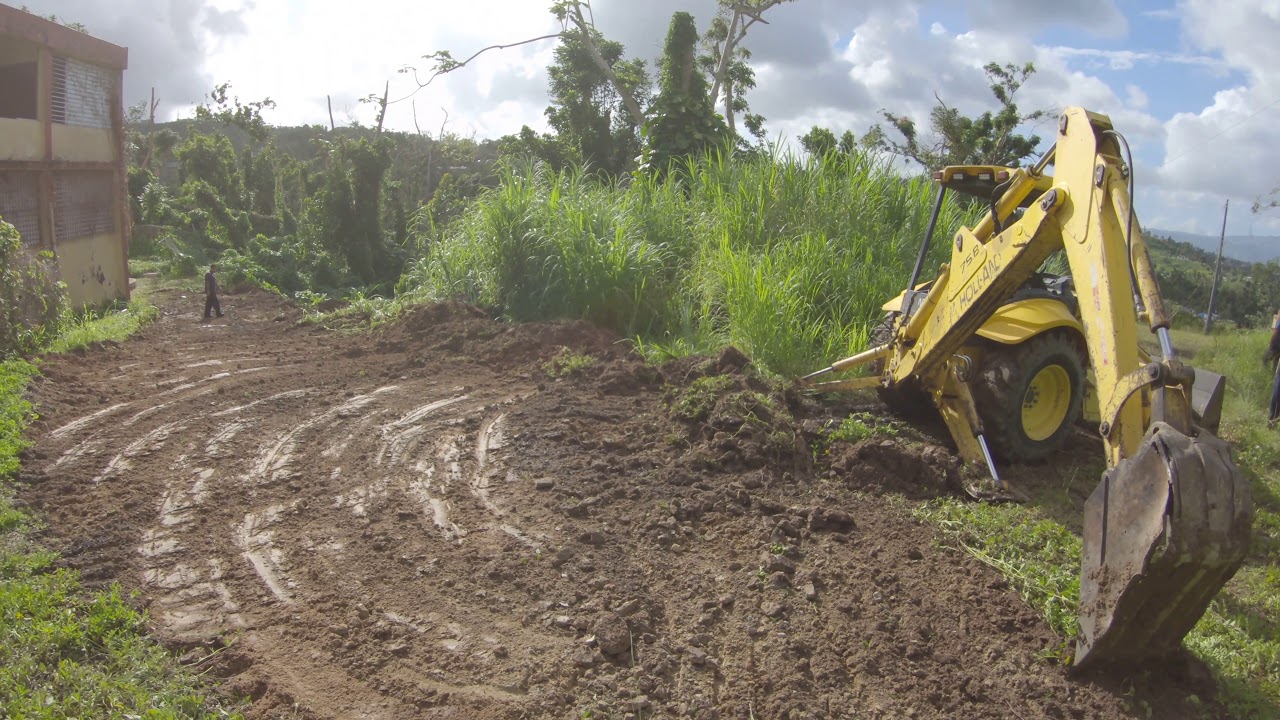 He was an artist with his machine, wasting no time and no soil. Every move was as precise and as graceful as a dancer. When he finished, we asked him what we owed him, and he asked for $60. Don’t worry, we paid him much more. 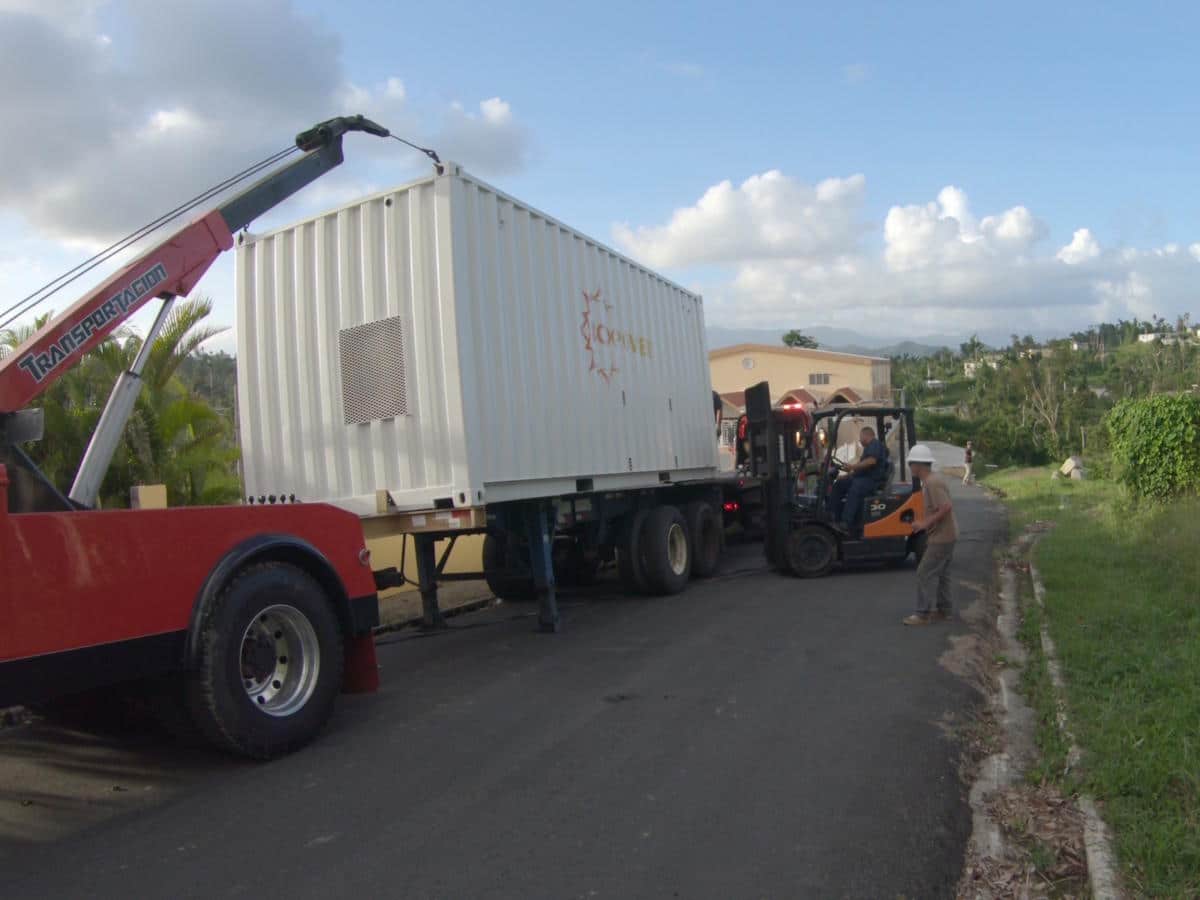 Step 3: Recruit the local bomberos (fire department) who volunteered their time, equipment, and incredible skill to navigate the box down a very slippery dirt road, and around an impossibly tight corner. We might have gotten the truck stuck a few times, but it all worked out in the end! 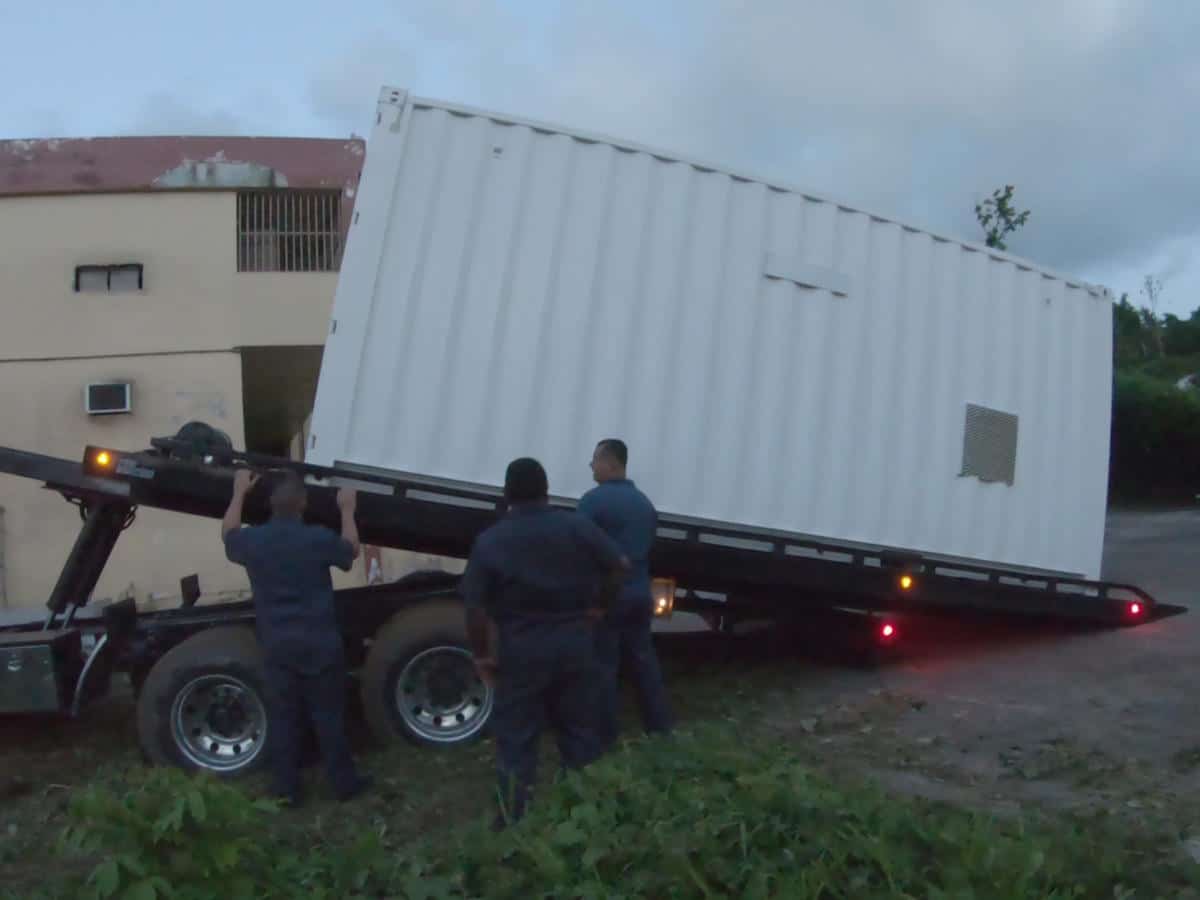 With help from the dedicated bomberos, we unloaded the container and positioned it in the lot outside of the school. Barrio Mariana has been rebuilding since October 2017, when long-term volunteers and residents begun to clear debris, plant seeds, rebuild homes, and help with kitchen duties. Kindred volunteers and community members have been working courageously to regain optimal functioning and livelihood and to ensure that Mariana can withstand any future storm or major grid-tied outage. 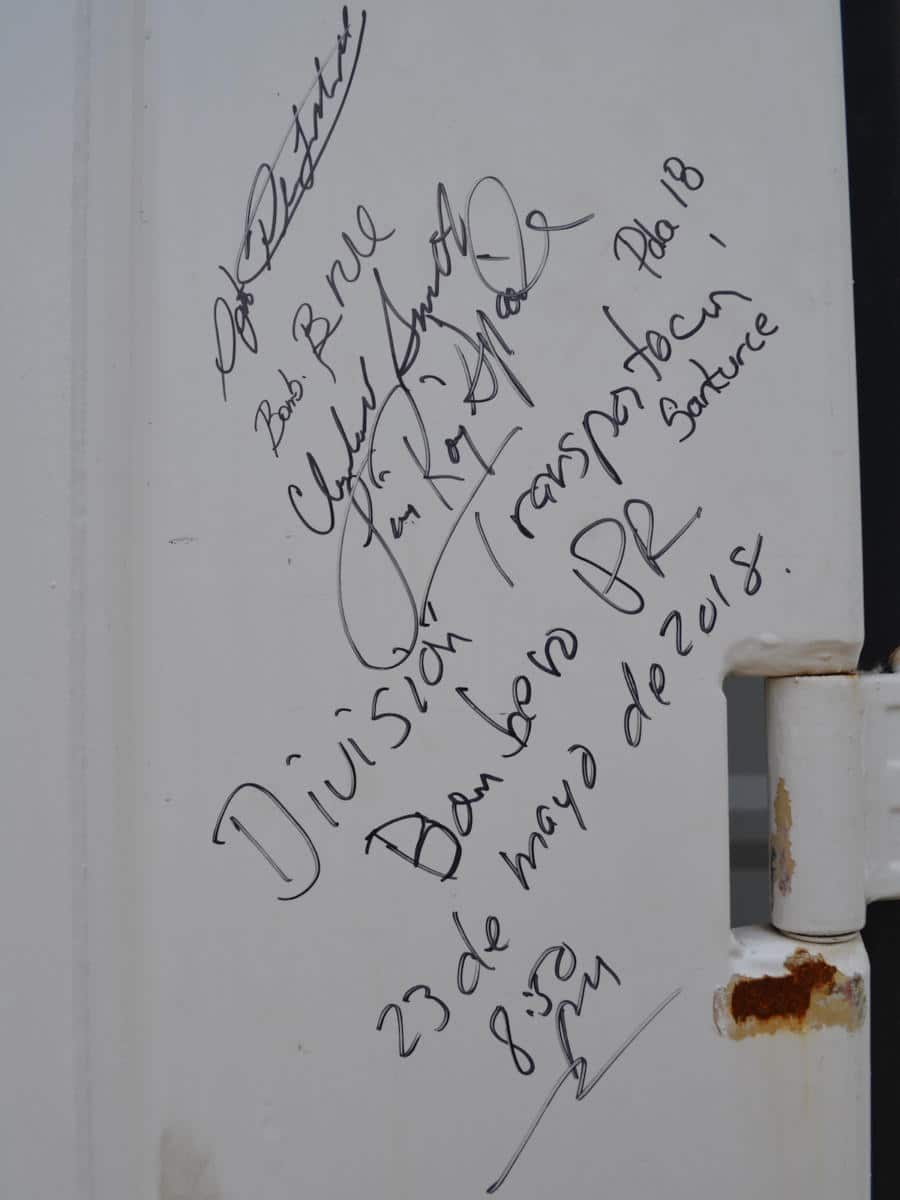 Signatures from the incredible team of bomberos (firefighters) who helped get the box up and running – providing the community of Mariana with a self-sustaining modular microgrid. #BomberosdePuertoRicoSolidaridad 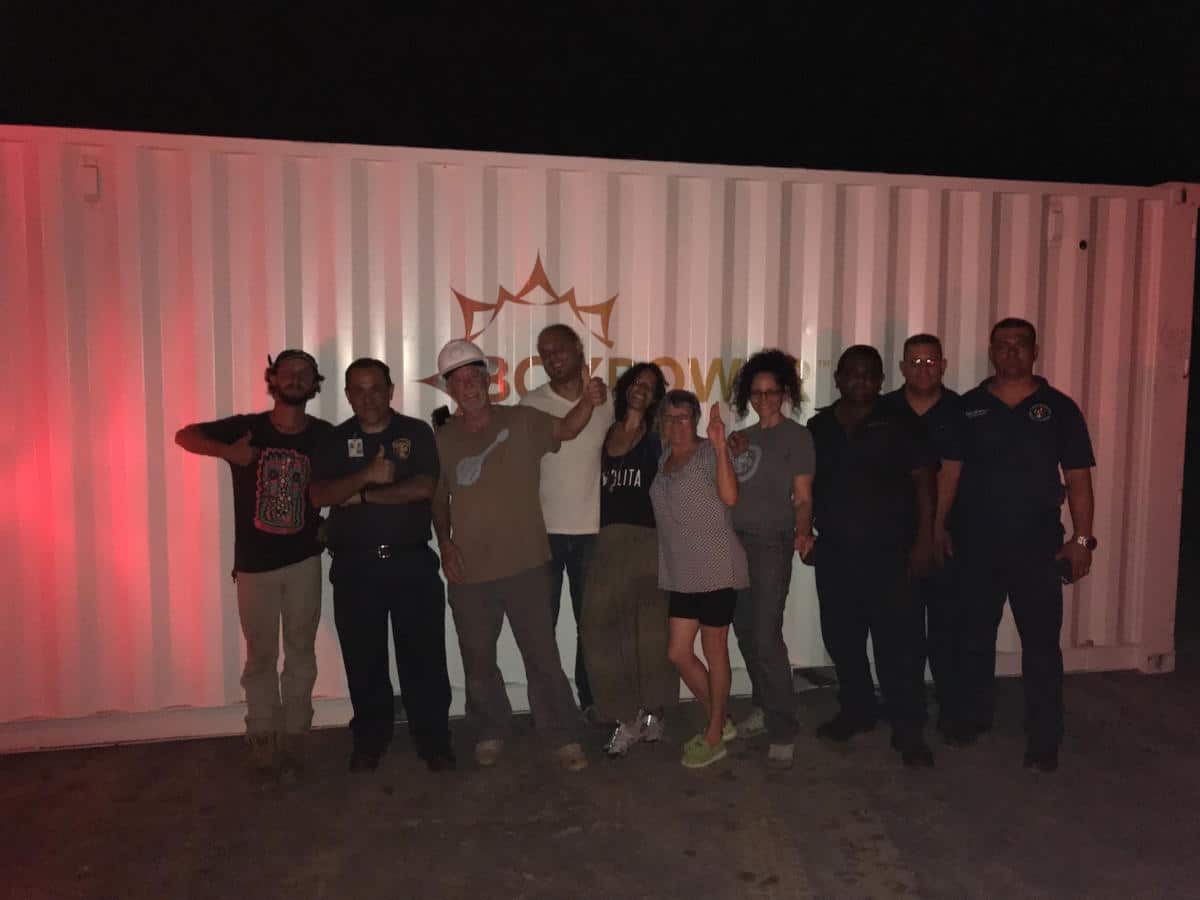 Celebrating a days work! After this photo was taken, we retired for the evening to celebrate the successful placement and to honor feelings of achievement with local food and drinks. 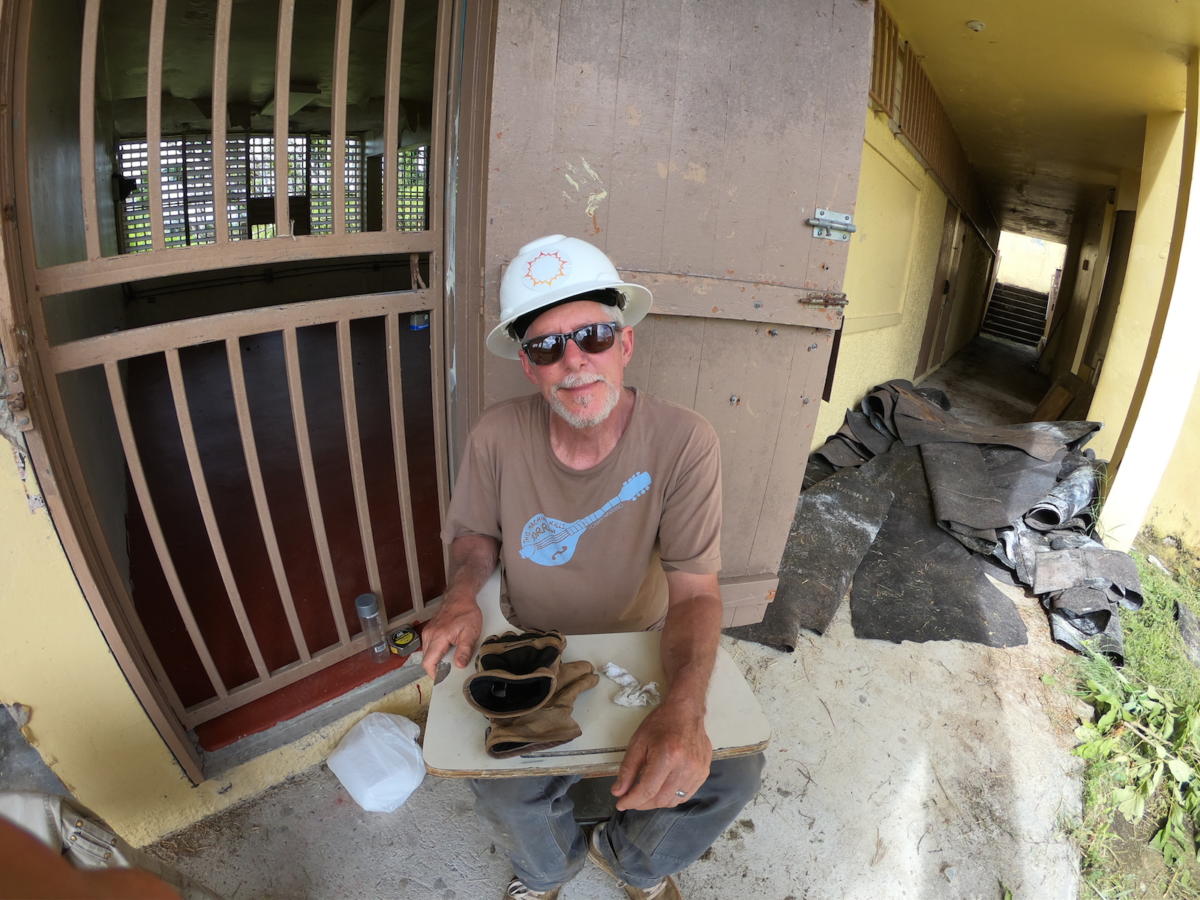 Step 4: Installing the solar array. With just our hands and some basic equipment, we installed the solar array in a mere five hours. BoxPower’s design allows for dismantling: the solar array can be packed back into the shipping container to protect the photovoltaic panels in case of a storm. This durability strategy ensures that energy can be generated as soon as the storm ends. Additional reliability comes from the system’s generator, intended to act as backup energy insurance. The use of battery storage allows the system to generate electricity for 72 hours if the sun is not shining. 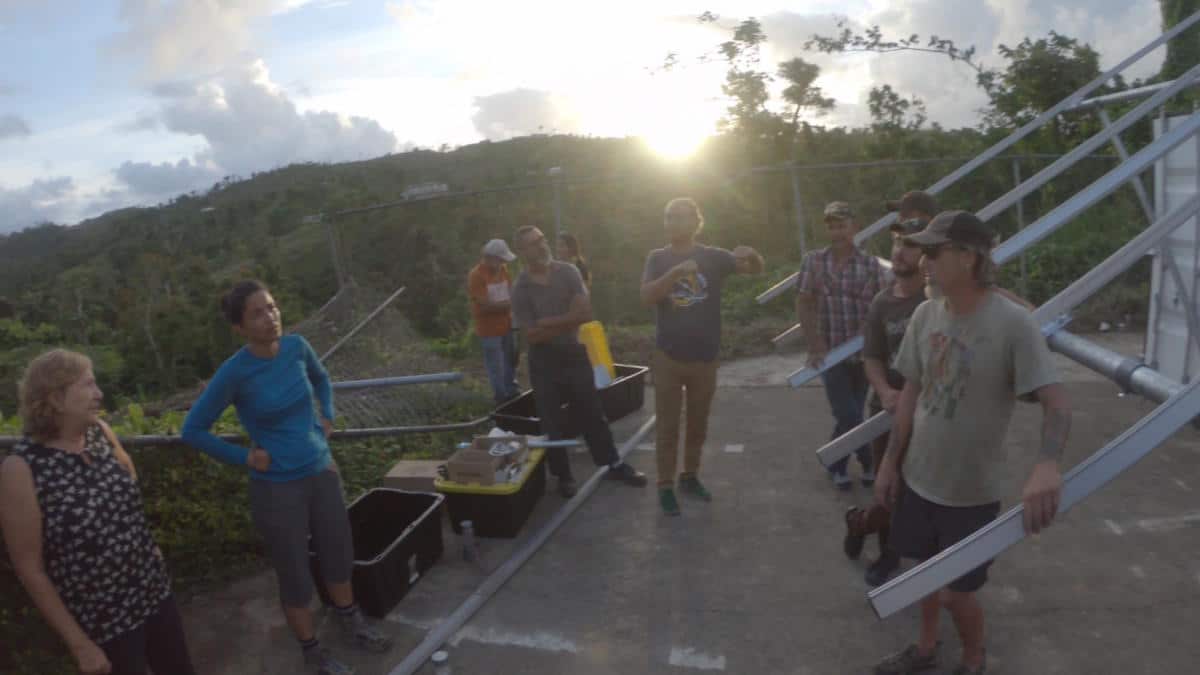 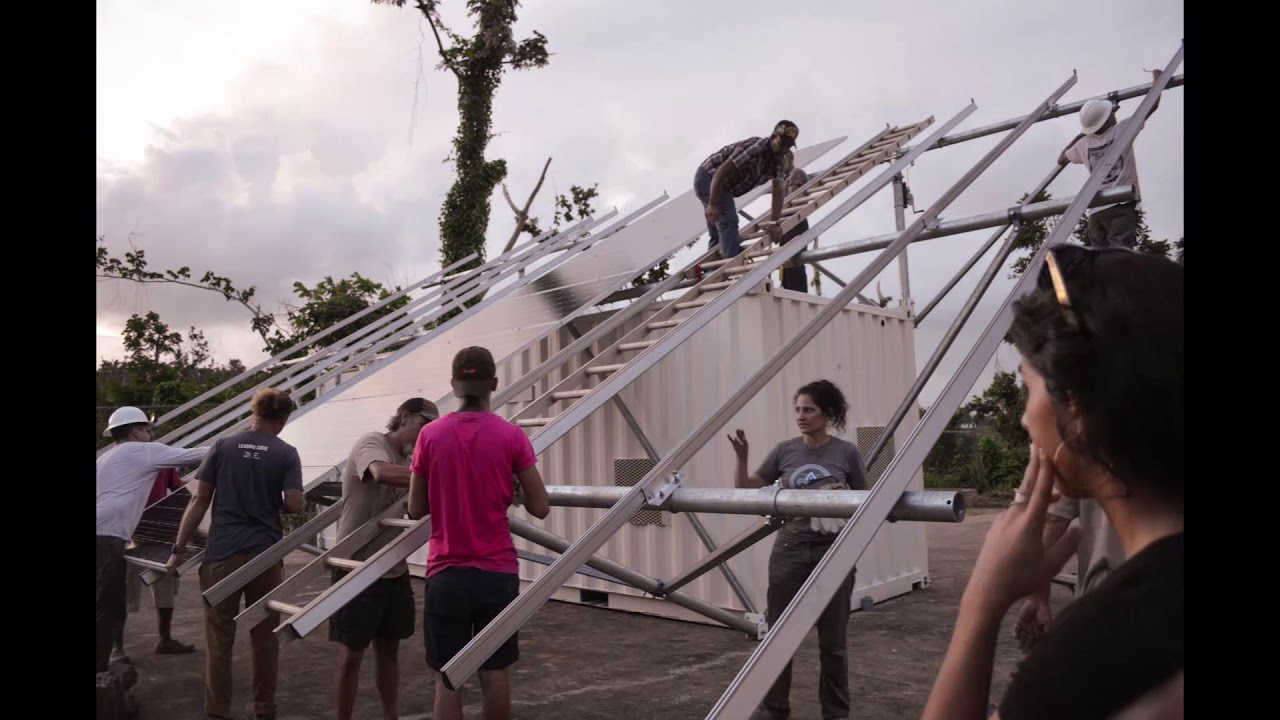 As quickly as the clouds passed overhead, our team of excited volunteers and community members set up the solar array (with no heavy machinery or technical equipment). “Our system is standardized, all the electrical work is done, there’s no need for an electrician. It’s sort of like an IKEA set,” Angelo Campus, CEO of BoxPower. 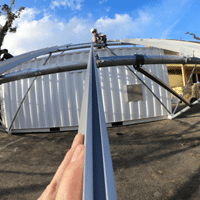 The Benefits of a Microgrid

The installation of a microgrid, with on or off-grid capabilities, provides a deeper layer of benefits beyond simply possessing reliable and durable energy: the protection and fulfillment of human life. The clean solar energy prevents damages to the eyes and respiratory system from using kerosene or coal, reducing burns and the inhalation of chemicals and fumes. Having access to clean energy brings time back into people’s’ lives: time spent gathering firewood or building a fire can be spent studying or completing productive work. 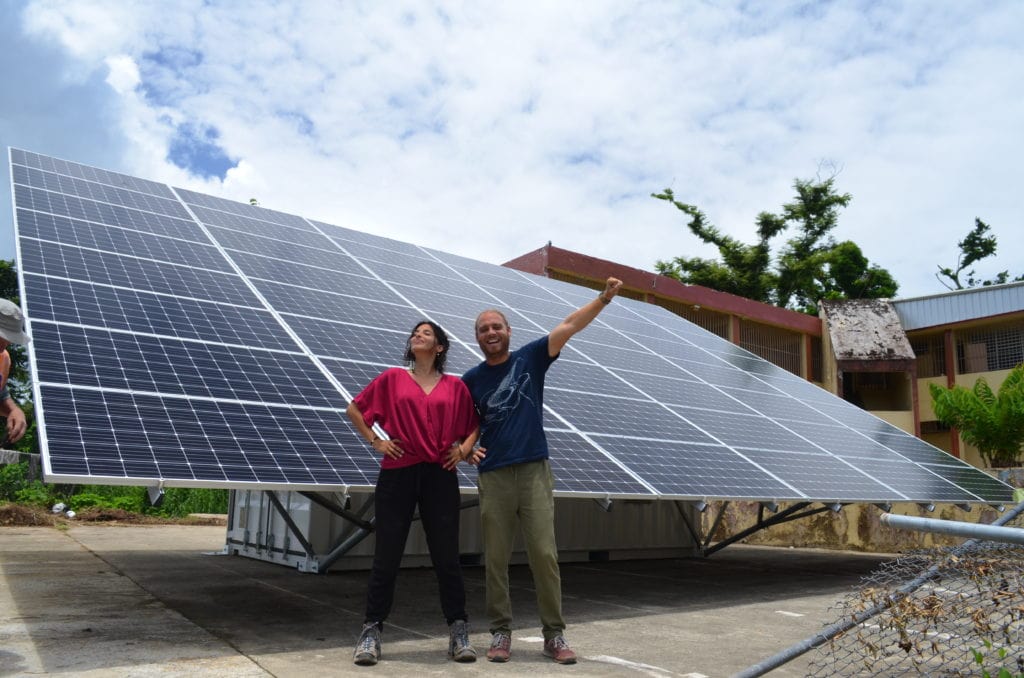 The Mariana community via Proyecto de Apoyo Mutuo seeks to empower other communities to become sustainable and self sufficient. The installation of solar microgrids provides durable, reliable, transparent energy to power kitchens, refrigerators, doctors offices, laundromats, schools, and homes. Renewable microgrids provide a compelling illustration for overcoming the vulnerability of grid-tied electricity. We believe that this is just the beginning – one domino in a large-scale movement towards independence and sustainability. No matter where you are in the world, everyone deserves clean and reliable energy.
BoxPower: Energy, Anywhere (Clean) Energy is Essential